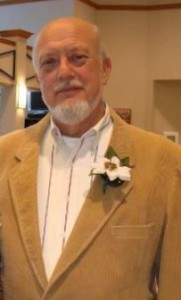 Walter Dietrich “Walt” Radespiel, 72, of Lincoln, passed away March 6, 2015 at The Christian Village.

Cremation rites will be accorded. Memorial services will be held at 11 a.m. Saturday, March 21, 2015 at Friendship Manor, Lincoln with Pastor Mark Weber officiating. Holland Barry & Bennett Funeral Home in Lincoln has been entrusted with his care.

Walt was born July 14, 1942 in Peoria, the son of Herman Walter Radespiel and Kathryn (Link) Radespiel. He married Carol Tyson on July 20, 1963 in Broken Bow, Nebraska. Together they had four children: Markus Radespiel, John Radespiel, Rhesa Radespiel-Zurkammer, and James Radespiel.

Walt was a man of faith. He touched many lives, not by just talking, but rather by walking in faith. He attended the Church of God Bible School in Cleveland, TN from 1961-1962. He pastored a church in Monmouth, and was the founder of the SOS Academy Christian School and Church in Atlanta. He also was the owner of an upholstery shop in Atlanta. Along with being employed as a guard at Logan Correctional Center for many years, he also worked for the Bloomington Pantagraph. He owned and operated Classic Crafts in Lincoln, participated in Civil War reenactments, enjoyed wood craftsmanship and was an author of two books. More recently he worked in maintenance and operated the craft store at Friendship Manor from 2010-present. He held Bible studies and enjoyed playing cards with his many friends there. He was also an animal lover of all kinds.

He was preceded by his parents and his sister Helen Hurst.
Memorial donations may be made to Friendship Manor or to the Humane Society of Logan County.