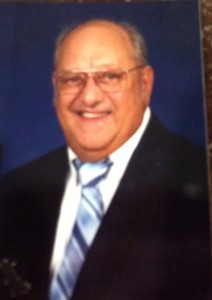 Cremation rites have been accorded. Mr. Davis gave the gift of life to others through Organ and Tissue Donation with the Gift of Hope Program. Memorial services will be Saturday, November 7, 2015 at 10:00 AM at Holland Barry & Bennett Funeral Home, Lincoln. Burial will follow in Holy Cross Cemetery, Lincoln.

Mr. Davis proudly served his county in the United States Marine Corp from 1961-1964 as a Fleet Marine. He enlisted right after high school. He served on 10 different ships under the Kennedy Administration and was stationed outside of Cuba during the Bay of Pigs Invasion. After his military service, Warren was employed for Pittsburg Plate Glass for several years. He retired from GTE/Verizon in 1997 after working 29 years as a switchman. He was a member of the American Legion Post 263, VFW Post 1756, the NRA,IBEW, a former member of the Decatur Archery Club and the Deer Creek Bow Hunters Club in Lincoln. He was an avid hunter, fisherman, and trapper. He enjoyed canoeing and kayaking. Warren was very mechanical. He enjoyed working on and restoring Riding Lawnmowers.

Memorial donations may be made to St. Jude’s Children’s Research Hospital and will be accepted at the funeral home.