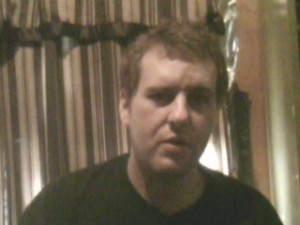 Cremation rites will be accorded. Holland Barry & Bennett Funeral Home has been entrusted with his care. A celebration of life will be held at 1 p.m. Sunday, March 15, 2015 at the Eagles Lodge 2708, Lincoln.

Wesley was born January 14, 1980 in Lincoln, the son of John and Charlotte (Sullivan) Parcelle. He enjoyed watching wrestling, spending time with his son and his nephews, playing his guitar and listening to music, and being with his family and friends.

Surviving are his parents John and Charlotte Parcelle, his son Wesley Malcolm Parcelle Jr. his brother Ryan (Heather) Parcelle, his nephews Wyatt and Hunter Parcelle, and his grandmother Charlene Fulk all of Lincoln. He is also survived by several aunts, uncles, cousins, and friends.

He was preceded in death by his grandfather Carl Lewis Sullivan, three uncles, and one aunt.