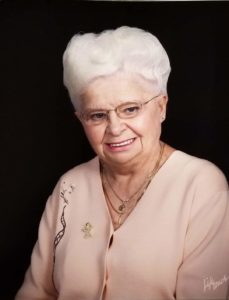 Visitation will be from 10 AM until 11 AM Monday, July 20, 2020 at Holland Barry & Bennett Funeral Home with funeral services at 11 AM. Social distancing rules apply. Burial will follow in Hartsburg Union Cemetery.

She was preceded in death by her parents, husband George Morgan, husband James Weese, infant brother, and sisters Jean Leesman and Ruth Payne.

Memorial donations may be made to The Christian Village Memory Care Unit Activities Department or the American Legion Post 263 Auxiliary .