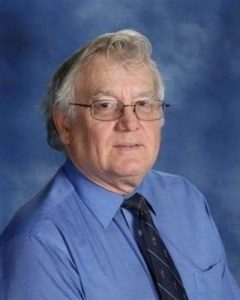 Due to Covid-19 restrictions private family services will be held at Holland Barry & Bennett Funeral Home. Burial will be in New Union Cemetery. A public celebration of life will be at a later date.

He was a lifetime minister of the Word, serving currently in the Methodist churches in Lincoln, Chestnut, Latham, and Mt. Pulaski. David graduated from Eastern Illinois University where he played football. He was a history teacher, volunteer firefighter and E.M.T, a civil war buff, and collector of firetrucks and memorabilia.
He made origami planes, firetrucks, and soldiers and left them as tips in several local businesses. David enjoyed driving through the parks and enjoying nature and deer watching with his wife. He was loved by all who met him.

He was preceded in death by his parents and brother James Hutton.

Memorial donations may be made to Lincoln First United Methodist Church.