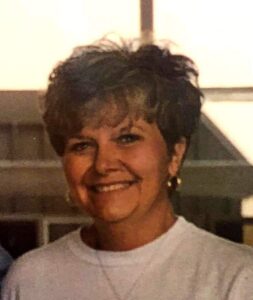 Deloris ‘Dee’ F. Wind age 69 passed away September 9, 2020 due to complications of Lewy Body Dementia.
She was born October 26, 1950 in Albuquerque, New Mexico to Finis Fay Withrow and Deloris Cunningham Withrow. She had a heart for children as shown in years as a foster parent . And many in the Logan county area will remember her as the founding director at a large community daycare.

Dee had a great sense of humor. She was a God fearing woman. She was very active in her church before she moved to Phoenix, Arizona to be closer to her family. Years later she returned to Lincoln to live with her daughter and her family.

The family will have a private service at a later date. Flowers can be sent to her daughter Shelly Rogers.
Holland Barry & Bennett Funeral Hime is assisting the family.