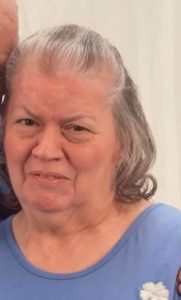 Visitation will be from 10 AM until 12 Noon Friday, June 28, 2019 at Holland Barry & Bennett Funeral Home, Lincoln. Funeral services will follow at 12 Noon and burial in New Union Cemetery will follow the service.

Mary was born March 9, 1947 in Lincoln, IL., the daughter of Everett Goad and Elsie Evelyn (Deckard).

She was preceded in death by her parents; husbands, step children Randy, and Kevin, and siblings Edward, Everett, and Lester.