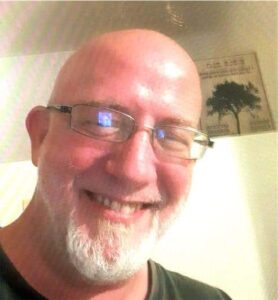 Michael Glen Nolan, 49, of Petersburg, formerly of Lincoln, passed away January 16, 2021 at his residence.
Cremation rites have been accorded by Holland Barry & Bennett Funeral Home.

Michael was born August 11, 1971 in Alton, IL., the son of George Nolan and Glynna Chamberlain Nolan.
He married Lisa Robertson on December 21, 2012. He was formerly employed at Precision Products, Eaton, and Apollo Mart.
He enjoyed fishing, camping, and being with his family. He was a hard worker and enjoyed being with his kids. He was active in the boy scouts in Lincoln with his step sons.