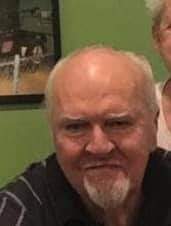 Raymond “Jack” Steffens, 81, of Lincoln, passed away November 9, 2021 at home surrounded by his family.

Jack was born February 17, 1940 in Lincoln, IL., the son of Raymond John Fredrick Steffens Sr. and Irene (Marshall) Steffens. He married Ellen Wise on September 2, 1984. He retired in 2002 from Ball Foster/Saint Gobain after 44 years of service. He enjoyed bowling, fishing, driving his Corvette, and NASCAR. His favorite driver was Dale Earnhardt Sr. and then Dale Earnhardt JR.

He was preceded in death by his parents and his first wife Shirley Steffens.