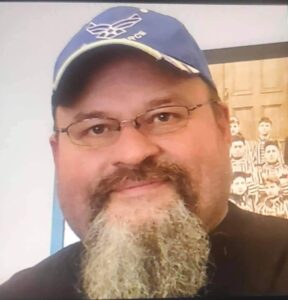 Daron was born February 27, 1970 in Lincoln, IL., the son of Garry Whittaker and Antoinette “Toni” (Kazakaitis) Whittaker.
He married Melinda Sanders. From that union came two daughters: Alisa and Breanna.

He was preceded in death by his grandparents and his mother.

Daron was a member of Zion Lutheran Church. He was formerly employed at Lincoln College in Security.

Daron enjoyed gardening, loved his cats, enjoyed the outdoors, and was an avid Dallas Cowboys fan.

Memorial donations may be made to Children’s Memorial Hospital in Chicago.