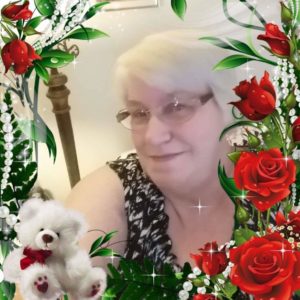 Ethel M Oltmanns, 66, of Hartsburg, passed away August 27, 2019. Cremation rites were accorded by Holland Barry & Bennett Funeral Home. A celebration of life for family and friends will be held September 21, from 1-3 PM at the Hartsburg Hall.

Ethel was born September 25, 1952 in Mt. Pulaski, IL., the daughter of Webster Allen and Mary Allen. She was raised by Betty Leslie. She married Kurt Oltmanns on September 27, 1980. He preceded her in death on April 11, 2015. Ethel was employed at Wal-Mart for several years. She loved to knit and crochet, enjoyed flowers and gardening, was an avid Chicago Bears fan, and collected angels. She formerly attended Prairieland Christian Church.