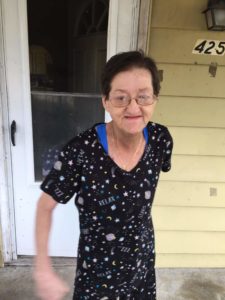 Tammie was born July 12, 1964 in Bloomington, IL., the daughter of Leonard and Geraldine (King) Boitnott. She married James Rusk, he survives. She enjoyed crafts, painting, animals, people, and hummingbirds. She was a kind hearted person who always saw the good in others.

Memorial donations may be made to St Jude’s Children’s Research Center.