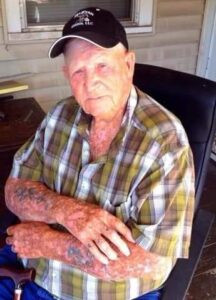 James was born July 13, 1933 , in Elkhart, the son of James I. Carter and Flossie Marie (Cornwell) Carter. He married Sara L. Skipper in 1959. He proudly served his country in the United States Navy. James was formerly employed with Davis Trucking and worked in maintenance for the State of Illinois and the Village of Elkhart. He enjoyed being with his grandchildren and great grandchildren, going to the races, and was a Cubs fan.