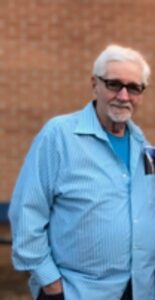 John was born October 18, 1948 in Decatur, IL., the son of Robert and Dolores Buchen. He married Katrinka Etherton . He was a self employed contractor for over 50 years.
John was a fan of all sports, particularly horse racing and the St. Louis Cardinals. He enjoyed spending time with his grandchildren and was known for being an extremely hard worker. He will be greatly missed by many.

Memorial donations may be made to NORD (National Organization for Rare Disorders).