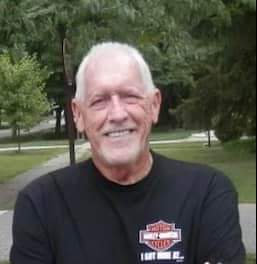 Michael J. Nelson, 68, of Lincoln, passed away January 11, 2022, at St. Clara’s Manor.
Cremation rites have been accorded by Holland Barry & Bennett Funeral Home. A celebration of life will be held in the summer.
Michael was born August 7, 1953, in Tacoma, WA., the son of John Nelson and Joan (Sehy).
He enjoyed riding his Harley Davidson motorcycle, was a sports enthusiast, especially the St. Louis Cardinals, and he adored his grandchildren.

Survivors include: his children Jack (Jamie) Nelson and Brianna Nelson; grandchildren: Elise, Dylan, Lily, Raelynn, and Kai; sisters Michelle Lechner (David Bly) and Margaret (Kenny) Hahn; and nephew Nicholas Young.
He was preceded in death by his parents.
In lieu of flowers, memorials may be made to the American Cancer Society.