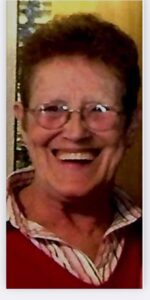 Sandra June Gillmore, 77, of Middletown, passed away January 12, 2022 at home surrounded by her family.
Cremation rites have been accorded by Holland Barry & Bennett Funeral Home. A celebration of life will be at a later date.

Sandra was born June 7, 1944, the daughter of John Brown and Cleta (Wilson). She was raised by her mother and Glenn Gillmore. She was employed as a CNA at St. John’s Hospital for many years and was later employed at the Oasis Senior Center. She enjoyed Bingo.

Memorial donations may be made to the Cystic Fibrosis Foundation.