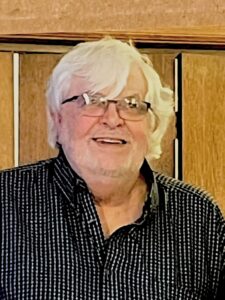 Ronald E. Tucker, 75, of New Holland, passed away December 12, 2022, at Lincoln Memorial Hospital. Cremation rites have been accorded by Holland Barry & Bennett Funeral Home. A celebration of his life will be held at a later date.

Ron was born March 14, 1947. He was a simple man with a big heart, even though he didn’t always show it. He enjoyed camping, cooking, but mostly being behind the wheel. NASCAR and Dirt track racing was Ron’s biggest passions in life. He gave the ultimate gift as an organ and tissue donor through Gift of Hope. He was formerly employed at the bottle factory, R&H Farm Supply, and Big R.
Survivors include his children: Ronnie Tucker Jr., Kim Tucker, Karen Tucker, and Mike Tucker (Kam); grandchildren: Matthew Mason, Bryan Mason, Alex Tucker, and Brylie Tucker; and siblings Allen Pence, Dennis Pence, and Julie Pence.
Memorial donations may be made to the family to assist with expenses.