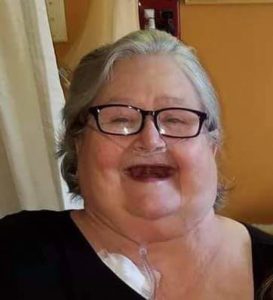 Cremation rites have been accorded by Holland Barry & Bennett Funeral Home. Burial will be at a later date in Camp Butler National Cemetery.

Anita was born December 15, 1938 in Taylorville, IL., the daughter of Henry and Amy (Hackl) Freese. She married Russell E. Moore Jr., he preceded her in death. She was employed as a cook at Bill’s Toasties and at Meadow Manor in Taylorville. Anita enjoyed Bingo, Crocheting, and crossword puzzles.

She was preceded in death by her parents, husband, and sisters Karen Kader and Billie Whitby.