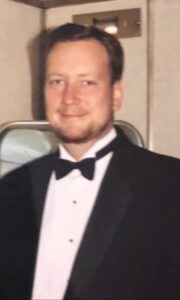 Visitation will be from 11 AM until 12 Noon Thursday, October 8, 2020 at Holland Barry & Bennett Funeral Home. Funeral services will be at 12 Noon also at the funeral home. Burial will follow in New Union Cemetery.

Brian was born March 8, 1961 in Lincoln, IL., the son of Paul H. Berger and Dolores (Davison) Berger. He was a 1979 graduate of Lincoln Community High School. He was employed at Myers Industries and then at Nudo. Brian enjoyed fishing and the outdoors. He was a member of the Lincoln Sportsman’s Club. He attended The Crossing Church.

He was preceded in death by his father and brothers Larry Berger and Ronald Berger.

Memorial donations may be made to Autism Speaks in honor of his nephew, Christopher Berger or to the family to assist with expenses.

He was preceded in death by his father and brothers Larry Berger and Ronald Berger.