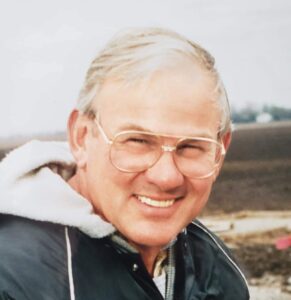 Charles William Lindstrom, 85, passed away on September 29, 2021.
Cremation rites have been accorded by Holland Barry & Bennett Funeral Home. There will be no services or burial at this time.
He was born on September 7, 1936, in Chicago, IL to Freddie and Irene Kiedaisch Lindstrom.
Chuck grew up in the Chicago area, graduating from New Trier High School in 1954. Along with playing sports at New Trier, he also played American Legion Baseball, where he was awarded the American Legion Baseball Player of the Year in 1953. See: http://www.legion.org/baseball/231261/legion-baseball-alum-recalls-valuable-lessons-learned. After High School, Chuck attended Northwestern University, graduating in 1958. In 1956 he was named to the First Team All-Big Ten for baseball.
Chuck had a short stint in professional baseball, signing with the Chicago White Sox in 1957. Most of his time was in the Minors, however, with a triple, a walk, a run, and a run batted in during two plate appearances, Chuck had one of the best one-game major careers in the history of baseball.
Chuck left professional baseball in 1960 to begin coaching baseball at Lincoln College in Lincoln, IL. During his 23 year tenure, Chuck coached many winning seasons. He believed his best achievment was not in the win-loss record, but in providing opportunities for many young people to develop positive attributes that helped them achieve in their life long goals.
After Lincoln College, Chuck went into business for himself where he formed two companies, Diamond Dry and Universal Sports Lighting. He ran those companies until he retired in 2010.
Chuck enjoyed working outdoors with trees, flowers and landscaping. He also enjoyed eating good food, and through his business travels, could recommend numerous good restaurants throughout the United States. Above all, Chuck had a love of family. His family was a source of true joy to him.
Chuck was preceded in death by his parents, Freddie and Irene Lindstrom, and his brother Fred Lindstrom.
Chuck is survived by his loving spouse of 49 years, Elaine, of Humeston, Iowa; his daughters Kathy Hodge (Len), Laurie Digges (Charli), and Lisa Courtwright (Kasey); his sons Chuck Lindstrom (Marcia), and John Lindstrom (Mary Therese); his grandchildren; Katherine, Michael, Betsy, Chas, Steve, Teri Lynn, Jack, Lauren, Liv, Brooke and Kol and great granddaughter, Quinley.
A special thank you goes to Dr. Dru Hauter of Lincoln and the doctors and nurses at St. John’s and St. Mary’s hospitals for their compassionate care.
Memorials in honor of Chuck’s memory can be sent to the American Legion Baseball program at 1740 5th Street, Lincoln, IL 62656